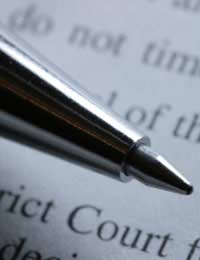 If an individual gives evidence at court they can usual only state things which they know, or believe, to be true. They are not permitted to give their opinion. The only exception to this is when an “expert” is asked to comment on some aspect of a case.

The use of expert evidence in the civil courts is governed by Part 35 of the Civil Procedure Rules. This Rule emphasises the necessity that experts remain independent and use their expertise to help the court decide the case. They should not tailor their views to support the case of any one party. Experts may be asked to comment on the whole case or just on specific aspects of it.

An expert’s report for use in trials, other than those held in the small claims court, is a lengthy and formal document which must be in a prescribed form. Amongst other things the report must contain a detailed list of the expert’s qualifications, a statement of truth and a statement to the effect that the expert understands that his overriding duty is to the court.

Courts are keen to control the amount, and type, of expert evidence given. Instructing experts can be an expensive and protracted business. One way the courts can keep control over expert evidence is by ordering parties to share an expert – especially in relatively straightforward cases. A shared expert is known as a single joint expert.

If more than one party wishes to rely on expert evidence the court may order all the parties to instruct one expert who can provide the evidence that the parties need. Because the expert’s overriding duty is to assist the court – not the individual who has instructed them – there should be no reason why one expert cannot assist both parties. Initially the parties should try to agree on an expert to instruct – if they cannot agree the court will help them to reach a decision.

If expert evidence is required in a small claims case the court will almost certainly give special directions so that the parties know how to go about finding and instructing an expert.

Format of Expert Evidence in the Small Claims Court

In the small claims court the expert’s report can be relatively informal – the idea is that parties can use local people with expertise rather than having to rely on “professional” experts who regularly give evidence and are likely to be more expensive. The local expert can give straightforward information to assist the court even if not adept at producing a perfect, formal report.

It is probable that, in the small claims court, the expert would not be required to attend the hearing as this would only add to the costs incurred. Courts can adopt a flexible approach to the trial and it will be up to the individual judge when and how he uses an expert’s report.

The Costs of Experts in the Small Claims Court

It is almost always up to the court whether or not to award costs. However, in the small claims court the amount of costs recoverable is specifically limited. The maximum that a victorious party will be able to recover by way of costs in respect of an expert’s fees will be £200 for each expert used.