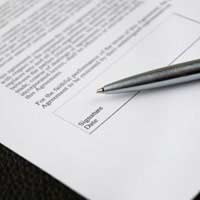 The Purpose of Witness Statements

A witness statement gives a party or witness the opportunity to set out their version of the facts of a case in a calm and considered way. They can take as much time as they want to make sure that everything is included. The witness statement should include all the information that the judge needs to reach the right decision in the case.

Use of Witness Statements in a Small Claims Hearing

Failure of a Witness to Attend the Hearing

It is quite common for a party to produce a witness statement for a small claims case but for the witness not to attend the hearing. If a witness fails to attend, his evidence cannot be challenged by the other side. In these circumstances it is open to the judge to take into account the witness’s failure to attend when he decides how much weight to give to his evidence.

The small claims procedure states that a party to a small claims case can write to the court asking for the case to be heard in their absence, based on the written evidence provided. If they do so the judge will take any witness statements into account when reaching a decision on the case.

What are the Rules on Court Evidence?

Using Expert Evidence in the Small Claims Court
Share Your Story, Join the Discussion or Seek Advice..
[Add a Comment]
Hello I am the claimant in a small claim. I produced my witness statement in line with the Court order which I received in December 2017. The defendant failed to produce his witness statement instead claiming that he had not received the Court order (he somehow managed to contact the Court 3 days before the hearing to ask for details if when the Court hearing would be). The judge adjourned the hearing and gave the defendant a further 2 weeks to produce his statement. In the statement he has now finally produced, he has (1) referenced my own statement and (2) made allegations that only 3rd parties would be able to answer. Can I disclose his statement to those 3rd parties for their answers and produce them to the Court prior to the hearing to save going to a 3rd hearing? Or can I ask for the answers from the 3rd parties and disclose their answers at the hearing. Advice on best course of action please? Thanks
Firsty11 - 26-Feb-18 @ 8:50 AM
I submitted further information for the hearing court date but I didn't submit witness statement. It happened as I had no experience of this. I am not sure if there will be any problem with the case because of this misunderstanding. Could you please advise me how to deal in this case. Best regards,
Not Nickname - 6-Sep-15 @ 12:43 PM
@Meena - the small claims mediation service is usually a free service provided by the civil courts for people involved in a small claims disputes and will help with the parties in disputes to reach terms of settlement. Whether to go to mediation is usually decided by the judge if he/she thinks it can be resolved without going through court.
PV - 5-Mar-15 @ 2:48 PM
My landlord not protect diposit in scheem.as i kept house in good condition i ask my diposit back. He said he diduct some money i have to agree for that then he retun diposit. I did not agree it is small wear andtear.he put counter claim.( Aftet i came bak from holiday . I recive cheqe after diducten of diposit) Now case in counter claim hearing in two month. I have lots of witness. Now court ask me to pay hearing fee. And on the latter says " after redaing papers judge thing thos should go to mediation. Need some adivice.
meena - 4-Mar-15 @ 10:12 AM
I am defendant LIP.the opponent lawyer has made an application about on order. i then made an application for her application to be dismissed on certain grounds and costs of doing that ---all valid , she then wrote another witness in defense of my application ... Should I canI write another witness statement to set the court right again.There is a hearing on the 9 dec, just about the hearing and further case management. ?
ger carratu - 4-Dec-14 @ 12:54 PM
I am a claimant in a small claims case. My claim is against an organisation. Can I request individuals from that organisation attend Court?
J - 27-Sep-14 @ 6:28 PM
can the other side contact our medical expert and ask questions before we have been to court can a judge take from another judge a case can a judge pick and chose his case or do thay have to do what the courts give them
big t - 18-Feb-14 @ 8:34 AM
I'm preparing myself for a case and need to understand if an affidavit can be used to replace a witness and/or witness statement.Would anyone know this and exactly when an affidavit can/should be used? Thanks.
defendant - 20-Jul-13 @ 8:06 PM
I recently attend a small claim as the claimant and defended the claims against me and made a counter claim. I had produced a detail witness statement to support my defence and counter claim consisting of 30 pages as the claimant was making several claims against me. The hearing lasted 1 day. The judge had not read my witness statement before or at the hearing. No judgement was made but I expect to hear of the judgement in 1-2 weeks. I was not allowed to read my witness statement at the hearing and this worried me as if when the judge reads it, he may have questions or does not understand somethingI will not be present to answer them. The same happened with my other witness statements.
victim - 21-Feb-13 @ 10:15 PM
Title:
(never shown)
Firstname:
(never shown)
Surname:
(never shown)
Email:
(never shown)
Nickname:
(shown)
Comment:
Validate: