How to Apply for a Third Party Debt Order 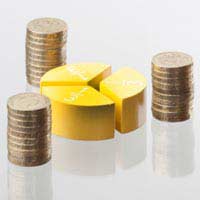 You can only successfully obtain a third party debt order if the debt is owed solely to the judgment debtor (or all judgment debtors, if for example the judgment debtors are married.) This means that if you are owed money by one person, you would not be able to extract funds from a joint account that they shared with another person.

When the Interim Order Takes Effect

Perhaps the most important element of the third party debt order procedure is that the order only takes effect when it is served on the third party, rather than at the point at which the court makes the order. To apply for a third party debt order, you will need to complete form N349. You can download it from the HMCS website. You will need to verify that the information you provide is true. This is extremely important: if you do not tell the truth you may be held liable for contempt of court.

Service of the Interim Order

Service on the Debtor

The court does not serve the debtor with the interim third party debt order until seven days after it makes the order. This is to give the third party the time to freeze the money. There will then be a hearing at court. The judge will then decide whether the money should be paid to you. It is important, as the creditor, to attend this hearing otherwise your application may be dismissed.

How to Apply for a Charging Order on a Debtor's Property
Share Your Story, Join the Discussion or Seek Advice..
I had a motor accident on January 2015 than third party take it to country court. but i told mu insurer to pay off the money as my whitness in not in uk any more and don't have any other prove to win the case so they can pay the outstanding. However my insurar delayed the payment and by than third party took it to the court. but all the money is been paid. now its showing on my credit record. any advice how can i take the off from my record as it was my insurer who didn't paid it is not my fault Many thanks in advance for your help
Sarfaraz Khan - 6-Oct-16 @ 10:30 PM
I am soon to apply for a mortgage so my wife and I can purchase a house in order to allow our family to grow. Upon checking my credit file, I saw a CCJ has been added, however, there is no record of the debt?!I contacted the court, who told me that it had been sent to an address I lived at over a year ago (so I had no way of receiving/fighting it), by a company who I researched are a debt collection agency (with very bad reviews of their conduct). I was then told that I would have to pay over £150 to ask the court to look into removing it.Am I liable to pay the costs for this unknown CCJ and how am I able to get it removed?My credit rating is great apart from this issue. Many thanks
ccjquestion - 13-Mar-15 @ 1:41 PM
My daughter recently had a court ruling in her favour after a very distressing case, where she purchased a puppy and at the aged of 7 months had the puppy put to sleep as it was suffering from an hereditary decease of the elbows known as elbow dysplasia. After suffering the heartache of having to have her puppy put to sleep she then became the victim of abuse from the breeders of the puppy, when she approached them for a refund. The case was found proved on 6th August 2014, and costs awarded to be paid to her the sum of approximately £1600. This has not been paid. She suffered the lengthy, degrading process of attending court, feeling as though she was the defendant. After making further enquiries regarding the enforcement of the debt it appears that the court ruling was worthless as it may not be possible to enforce the payment.There will be a further cost to obtain a warrant of execution, there is no power of entry and seems to be little that can be done. I am perplexed at the lack of power the court has after making a ruling, surely this is contempt of court. Are we to just allow wrong doings to go unpunished. Is there any way in which we can find real justice.
appealforjustice - 20-Oct-14 @ 7:18 PM
Title:
(never shown)
Firstname:
(never shown)
Surname:
(never shown)
Email:
(never shown)
Nickname:
(shown)
Comment:
Validate: