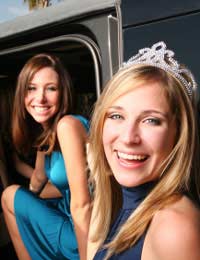 Tina was getting married. For her hen night, she ordered twenty matching t-shirts for her friends, each with her picture on the front and their own names on the back. She had left it quite late and when the T-shirts arrived, the day before the hen party, the t-shirt company had printed photographs of her ex-boyfriend on the front instead. Tina had mistakenly sent them the wrong jpeg file on her computer. There was no time to reprint the shirts, and Tina’s hens went out for the evening without their t-shirts.

Tina was livid and sued the printers on the basis that she had told them that it would be a photograph of her on the front and they should have noticed they were printing a picture of a man. In her claim, she included the initial email enquiry she had sent to the printers, in which she had asked whether the printers could get the t-shirts ready in time. She also explained that the t-shirts would be for her hen party, and that she wanted a picture of herself on the front and names printed on the back. She claimed for the cost of the t-shirts, citing (wrongly) her ability to use the cooling off period of the Distance Selling Regulations and a further £200 for disappointment, claiming that the t-shirts had been an integral part of the hen party experience. She also said that the goods had not been as described under the Sale of Goods Act 1979.

The printers issued a defence, stating that they had a clear disclaimer against this type of problem on their terms and conditions and throughout the ordering process on their website. They had printed exactly what Tina had requested and could not be held responsible for her error. They also refuted her claim that the t-shirts were covered by the Distance Selling Regulations because they were custom made items. They also argued that the goods were ‘as described’ because they had printed the t-shirts to Tina’s specification, albeit an erroneous one.

Once the case got to final hearing at the county court, Tina argued that she was entitled to a full refund and extra compensation for disappointment. The printers denied that she was entitled to any money at all. As regards the email, they argued that they received a substantial number of enquiries each day, printed at least 100 t-shirts every day and that it would be administratively impossible to marry up each enquiry with eventual orders. Email enquiries were dealt with by a different department and the person who actually printed the shirts had not had sight of Tina’s email. They denied that they should be responsible for Tina’s mistake.

The judge asked the printer to explain the ordering process on the website and whether Tina would have had the opportunity to view the image she wanted on her t-shirts before placing the order. The printers explained that they had recently updated their web ordering system to ensure that customers could view the layout of their t-shirts before they paid for them. They denied that it had anything to do with Tina’s claim. The judge stated that this seemed sensible to avoid mistakes being made in the future, but still found that Tina should not be compensated for her own error. The judge dismissed Tina’s claim, finding that she could not rely on the Distance Selling Regulations, but stated that he was not without sympathy for her predicament.
Next Page

Debt Recovery: A Case Study
Share Your Story, Join the Discussion or Seek Advice..
A Fascinating Story A lady in a faded gingham dress and her husband, dressed in a homespun threadbare suit, stepped off the train in Boston, and walked timidly without an appointment into the president of Harvard's outer office. The secretary could tell in a moment that such backwoods, country hicks had no business at Harvard and probably didn't even deserve to be in Cambridge. She frowned. "We want to see the president," the man said softly. "He'll be busy all day," the secretary snapped. "We'll wait," the lady replied. For hours, the secretary ignored them, hoping that the couple would finally become discouraged and go away. They didn't. And the secretary grew frustrated and finally decided to disturb the president, even though it was a chore she always regretted to do. "Maybe if they just see you for a few minutes, they'll leave," she told him. And he sighed in exasperation and nodded. Someone of his importance obviously didn't have the time to spend with them, but he detested gingham dresses and homespun suits cluttering up his outer office. The president, stern-faced with dignity, strutted toward the couple. The lady told him, "We had a son that attended Harvard for one year. He loved Harvard. He was happy here. But about a year ago, he was accidentally killed. And my husband and I would like to erect a memorial to him, somewhere on campus." The president was not touched; he was shocked. "Madam," he said gruffly. "We can't put up a statue for every person who attended Harvard and died. If we did, this place would look like a cemetery". "Oh, no," the lady explained quickly. "We don't want to erect a statue. We thought we would like to give a building to Harvard." The president rolled his eyes. He glanced at the gingham dress and homespun suit, and then exclaimed, "A building! Do you have any earthly idea how much a building costs? We have over seven and a half million dollars in the physical plant at Harvard." For a moment the lady was silent. The president was pleased. He could get rid of them now. And the lady turned to her husband and said quietly, "Is that all it costs to start a University? Why don't we just start our own?" Her husband nodded. The president's face wilted in confusion and bewilderment. And Mr. and Mrs. Leland Stanford walked away, travelling to Palo Alto, California where they established the University that bears their name, a memorial to a son that Harvard no longer cared about. Morale: "You can easily judge the character of others by how they treat those who can do nothing for them or to them."
chi'gs - 20-Aug-16 @ 12:33 PM
Title:
(never shown)
Firstname:
(never shown)
Surname:
(never shown)
Email:
(never shown)
Nickname:
(shown)
Comment:
Validate: