Home > Small Claims > How Court Papers and Documents are Served

How Court Papers and Documents are Served 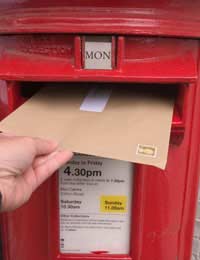 It is a fundamental principle of justice that a party is entitled to know the nature of the case against him. Further, whenever a party on either side of proceedings intends to rely on a document as part of their case it is almost inevitable that the other side will be entitled to see it. Service describes the process of sending or delivering documents to a party in court proceedings.

Service Under the Civil Procedure Rules

Part 6 of the Civil Procedure Rules (CPR) sets out the modern approach to service of court documents. Although special rules apply to some specific documents - for example bankruptcy petitions – most documents are now served by sending them to a party by ordinary pre-paid post. Service is said to be “good” if it complies with the rules.

The Deemed Date of Service

The CPR sets out the date on which a document is deemed to have been served, according to the method of service used. This is the relevant date for the purposes of court proceedings, not the date on which it was sent. This may be crucial in cases where there are strict time limits for the service of a particular document. It is irrelevant if the document in fact arrived after or before the date of deemed service.

The deemed dates for service are as follows:

The “Irrebutable Presumption” of Service

It can be difficult for parties to litigation to understand that, in legal terms, service is not the same as delivery or receipt. A claim form is deemed to have been served on a defendant even if it has been returned to the court marked undelivered – provided that it was sent to the last known or usual address of the defendant. The claim form is even deemed to have been served if the claimant knows that the defendant has left that address – unless they know the defendant’s new address.

This rule is so strict that there is nothing the defendant can do to rebut it even if they have conclusive proof that they never received the document. There is even case law that says that service was still good where a document was sent to a property which had previously been destroyed.

The Correct Address for Service

Service on a Party’s Solicitor

If a party has a solicitor acting for him and that solicitor is “on the record” or has agreed to accept service, documents should be served by sending them to the solicitor. A solicitor goes on the record by lodging at court a formal statement that they are acting for the party in relation to the case.

Service Out of the Jurisdiction