Home > In Court > What if Your Small Claims Case is Adjourned?

What if Your Small Claims Case is Adjourned? 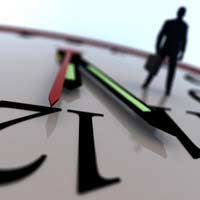 When a small claims case is adjourned it means that it cannot be dealt with satisfactorily as scheduled. Judges have wide-ranging case management powers to ensure that justice is done - these include the power to adjourn any hearing. Depending on the circumstances, an adjournment could be for five minutes or for several months.

It is very common for at least one party not to attend court on the day of the hearing. This will not automatically lead to the case being adjourned. Indeed, uniquely in small claims trials, the judge has the power to deal with a case substantively in a party’s absence, provided that the party has:

Adjourned Due to Non-Attendance of the Defendant

If the defendant does not attend a small claims hearing, and has not contacted the court to explain his absence, the judge will almost certainly deal with the case if the claimant wishes him to. In these circumstances many judges will simply enter judgment for the claimant on the basis that the case is now unopposed. However, if the defence filed by the defendant appears to suggest that the defendant had an arguable case in law the judge may still ask the claimant to go through his case.

If the defendant has contacted the court to say that he cannot attend the hearing, the judge may decide to adjourn. Whether or not the judge adjourns will depend on the reasons for non-attendance. If a party is ill or has an unavoidable appointment elsewhere – justice demands that they be given another chance to attend court. If the defendant has provided no evidence to support his explanation for failing to attend, such as a doctor’s note, the judge could order that this be produced at the next hearing.

If the claimant or one of their witnesses has incurred travel expenses or lost earnings as a result of attending the court, the judge can order the defendant to pay these, even in a small claims case.

Adjourned Due to Non-Attendance of the Claimant

If a claimant fails to attend the hearing of their small claim without explanation, it will almost certainly be struck out. If they contact the court with a good reason the judge may well adjourn. The claimant may have to pay any wasted expenses incurred by the defendant.

Adjourned Due to Listing Problems

Courts often list several small claims cases at the same time on the assumption that not all of them will go ahead. However, sometimes everyone turns up and the court simply does not have enough time to deal with all the cases. If this happens there is likely to come a point in the day when the judge notifies the parties that he will not be able to hear their case. The small claim will be adjourned to another day; the parties will be “released” and may leave the court. If such an adjournment causes real difficulties, or expenses have been incurred, a complaint can be made to the Court Manager or to the Lord Chancellor’s Department.

Adjourned Because a Party is Not Ready

If, on the day of the hearing, a party decides that they need more time to prepare their case they can request an adjournment. If the other side agrees to an adjournment the judge may be more inclined to grant it. If a party is not ready because some evidence has just come to light, a new legal precedent has been set or because an important witness is unable to attend the judge may agree to adjourn. He is less likely to adjourn if the party is simply not ready due to lack of organisation.

Occasionally parties will come to court with documents, or other evidence, that has not previously been shown to their opponent. If the evidence is vital to the claim the case may have to be adjourned so that it can be served on the other party.

The party who was not ready may have to pay the other party’s wasted travel expenses or witness costs.

Adjourned Due to Time Constraints

All cases are given a time estimate but the judge will not simply stop a case if it takes longer than expected. However, if it becomes clear to the judge that the time estimate is hopelessly wrong he may be forced to adjourn the case to another day. If the judge adjourns a small claims case which has already started it is said to be adjourned part-heard.

How to Use Case Law and Legal Precedent
Share Your Story, Join the Discussion or Seek Advice..
I am a claiment for a car crash accident the defendant is trying to say I wasn't in the car how Can prove this I also forgot to attend a court hearing today what will happen now
Lozza - 15-Jan-16 @ 8:11 PM
Title:
(never shown)
Firstname:
(never shown)
Surname:
(never shown)
Email:
(never shown)
Nickname:
(shown)
Comment:
Validate: