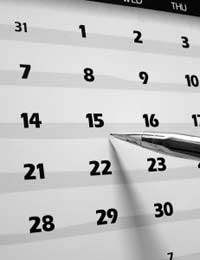 Whatever the background of a case all efforts should be taken to resolve it before starting a legal claim. Going to court should always be a last resort – not something to do in a fit of anger. There are never any guarantees about who will win a case and there may be cost implications – especially for the losing party.

Some types of cases have a specific pre-action protocol to be followed by the parties before a claim is started. Whilst failure to comply with a protocol may not be fatal to a case it could impact on the order the judge makes and may affect the amount of costs recoverable by the winner. A judge may not expect a party in the small claims court to have followed the pre-action protocol but it certainly would not hurt their case if they had.

If the other side does not respond a claim may be started, although there is no obligation to do so. A claim can be started at the local county court and some types of claims can be started online. Most people will have to pay a fee which varies according to the monetary value of the claim.

Once the claim has been started, or issued, the court will send the claimant a notice telling them when the claim was issued and how long the defendant has to respond.

There are usually three different responses the defendant can make to a claim:If the defendant either ignores or admits the claim the claimant will usually be entitled to request a judgment almost immediately.

Allocation to the Small Claims Court

The parties will be sent allocation questionnaires to help the court decide what sort of case it is. If the court is still not sure of the correct track it may list the case for a hearing at which a judge can discuss allocation with the parties.

Directions and the Small Claims Procedure

Small claims cases then need to be prepared for trial. A judge will give directions telling the parties what they need to do before the trial, how long the trial will take and when the trial will be held. The court may decide that there should be a preliminary hearing at this stage to establish which directions are needed or to pinpoint the nature of the case.

Notice of the Court Hearing