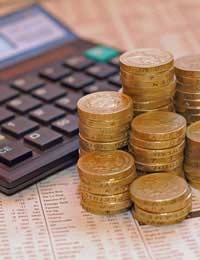 The legal rules governing the conduct of small claims hearings specifically limit the costs which a losing party can be ordered to pay. This rule allows litigants, who might otherwise be deterred by the costs consequences of an unsuccessful case, access to justice. The rule also encourages parties to represent themselves, which is in keeping with the informal nature of small claims hearings.

The Law on Costs

The usual law on costs is that “costs follow the event”. This means that, once judgment has been entered, the party who loses the case can expect to pay the other side’s costs. However, it is always up to the judge hearing a particular case whether he orders a party to pay costs and, if so, how much he orders them to pay.

Costs in the Small Claims Court

The rules on costs in the small claims court limit the costs recoverable by a victorious party. Whilst the winner can expect to recover all costs of issuing the claim, court fees and any witness expenses there is almost no provision for the recovery of the costs of legal advice or representation.

Costs Where a Party has Behaved Unreasonably

There is one major exception to the basic rules on costs in the small claims court: if a judge thinks that a party has behaved unreasonably he can order them to pay additional costs.

It is usually up to the victorious party to raise the question of “unreasonable costs” at the end of the hearing. However, a judge could raise it himself if he considered a party’s behaviour to be particularly heinous or if he thought that the victorious party was unaware of this provision.

In most types of cases parties prepare a detailed “Schedule of Costs”, setting out all the costs and expenses that have been incurred whilst preparing the case. The judge will refer to this when deciding what to do about costs. Costs schedules are not usually relevant in the small claims court because of the restrictions on the costs that can be recovered.

The Civil Procedure Rules do not contain a definition of “unreasonable behaviour”. It will, therefore, be up to the judge hearing the case to decide whether he thinks a party has behaved unreasonably; different judges have different views on the subject.

Examples of behaviour that a judge may consider to be unreasonable:

In deciding whether a party has behaved unreasonably the judge may have regard to the relative financial positions and legal knowledge of the parties. The judge may also take into account the party’s behaviour before the claim was issued as well as during the court proceedings.

How to Apply for a Third Party Debt Order
Share Your Story, Join the Discussion or Seek Advice..
Hi Went to court to have tenants evicted. Unfortunately letting agents signed the document that landlord (i) should have signed so the case got thrown out of court. I was ordered to pay court costs. The tenants solicitors have sent me bill of costs amounting to over £5k...I don't think this is a reasonable amount. Is there anything I can do about this or do I just have to pay it? I'd be grateful for any response. Thanks
Taj - 11-Jun-16 @ 9:38 AM
Title:
(never shown)
Firstname:
(never shown)
Surname:
(never shown)
Email:
(never shown)
Nickname:
(shown)
Comment:
Validate: