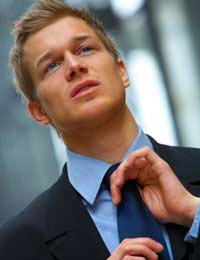 Representing yourself at court may seem like a daunting prospect. A litigant in person is bound to be at a disadvantage. Or are they?

An individual is entitled to represent themselves in any court hearing. If this were not the case a person who could neither afford legal representation nor was entitled to legal aid would be denied access to justice.

Far from being at a disadvantage, a litigant in person may actually find that they are given more leeway and guidance by the judge than a solicitor or barrister would ever get. This is even more likely in a case where one party is representing themselves and the other party is represented by a lawyer.

Representing Yourself at a Small Claims Hearing

The purpose of the small claims track is to ensure that ordinary people, with straightforward claims, have access to justice. It is expected that most people taking a small claims case to court will represent themselves - indeed the special costs provisions that apply to the small claims court actively discourage people from getting legal representation.

If a litigant in person feels the need for some moral support, or assistance in conducting their case, they may find some comfort in taking a "McKenzie Friend" to court. A McKenzie Friend is someone who is not legally qualified but who can sit with a party during the hearing offering advice and practical assistance. They are not entitled to address the court but, in the relative informality of a small claims hearing, the judge may be prepared to hear from them if they can provide information that is relevant to the case.

The Personal Support Unit (PSU) is an independent charity whose aim is to offer help, information, support and non-legal advice to litigants in person or others who have to attend a court hearing. Their main base of operation is the Royal Courts of Justice in London but they may be able to provide assistance at other courts. The PSU is staffed by volunteers who can offer moral support and provide information about what to expect at court. Whilst they can attend hearings, they cannot give legal advice or provide representation.

Pitfalls to Avoid When Representing Yourself

Being a litigant in person is likely to involve a lot of hard work and careful preparation - it will not be easy. However, there are some simple guidelines that may help:

Get Advice on Court Proceedings
Share Your Story, Join the Discussion or Seek Advice..
This is an extremely useful site that could be a great guide for both professional lawyers and laymen. Important questions are well answered in simple words and such complete details. I am so surprised to find out that such site exist with no charges. I am very impressed and grateful too. God bless all the initiators and contributors to this site.
A O G - 12-May-11 @ 8:44 PM
Title:
(never shown)
Firstname:
(never shown)
Surname:
(never shown)
Email:
(never shown)
Nickname:
(shown)
Comment:
Validate: